Since kicking off in 2014, SheDot Festival featured stand-up, sketch, improv, storytelling, workshops, and expert panels. SheDot was created by four Toronto comics to elevate the women who dedicate themselves to pursuing comedy. Being a woman in comedy comes with its own challenges and the producers have been excited to offer this platform to celebrate the femmes of funny from all over the world in one of the best cities in the world, TDot.

SheDot Festival was the brainchild of executive producer Martha O’Neill and is co-produced by Karen O’Keefe. Both are Toronto-based comedians with backgrounds in stand-up, improv, acting, writing — and now, producing! 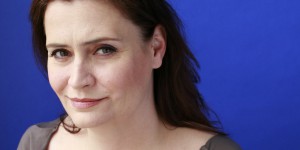 Karen is sarcastic, silly, and always witty. Hailing from Canada’s Northwest Territories, she began her comedy career in Calgary . . .